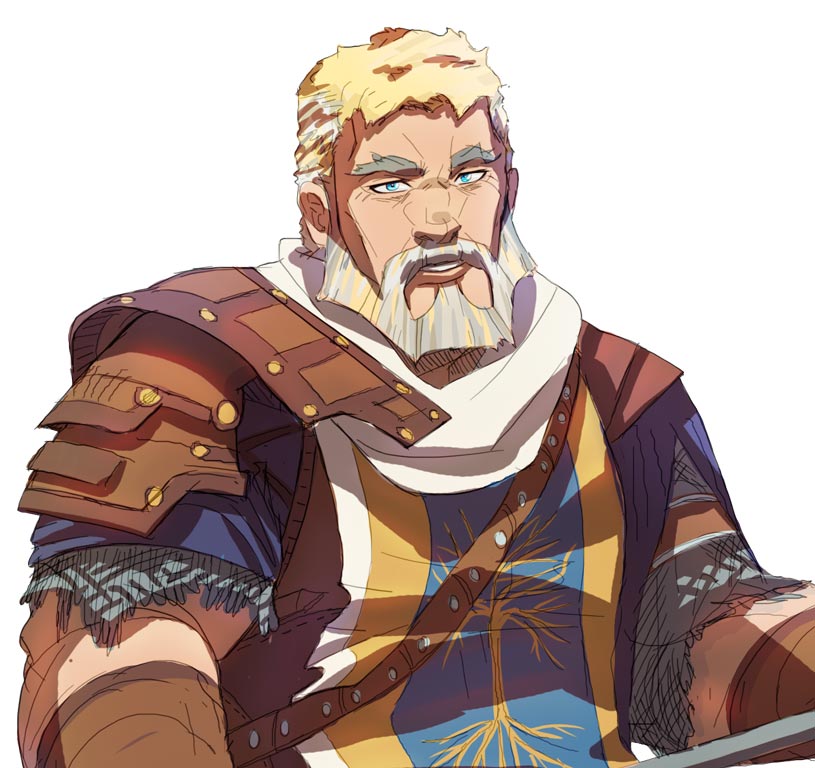 Regneel is a human and lives in the unnamed fisherman’s village to the West of Nidelium.

Regneel is a tall man. He has short golden hair which flips outward and has a beard. He has light blue eyes.

Regneel is generally mature. He enjoys teasing Arthon (Aaron) and is overly protective of Liliana (Lilly). He will show a deceptively cunning and serious side when the situation warrants it. He will never let any harm come to either of his children. He enjoys spending time with his kids and friends but will often move to quieter areas and will keep to himself, as if deep in thought. He is quite perceptive.

Regneel is well versed in the art of the sword. He is a skillful swordsman and knows how to fight with an axe. He is very knowledgeable in the art of war. He is an excellent strategist in both offensive and defensive warfare. Regneel is an excellent cook; he particularly likes roast pig. He has outdone the local inn keeper in many competitions where he has taken the best cook award for his roast. He enjoys cooking with Liliana (Lilly). He is a loving father to his two adoptive children. In his free time he enjoys gardening and keeps a vegetable garden next to his home.

Regneel joined King Berengir’s army when he was 14 years old. While being trained his superiors identified him as a young man with exceptional skills, not only with various weapons, but also as a strategist. He quickly moved through the ranks and became the King’s most trusted knight at a remarkably young age.

Regneel fell in love with a maiden from the unnamed fisherman’s village located to the West of Nedelium. Per chance they stumbled into each other at the annual harvest fair. She was visiting her aunt at the time. They spent many happy days together and Regneel asked her to marry him before she left for home, which she accepted.

They were married soon after that but Regneel noticed how unhappy she was living in Nidelium. She did not complain, but he could sense that she longed for her family, whom all resided in the fishing village. Regneel resigned from the King’s guard and they relocated to the village. They wished to start a family but found out that she could not bear children.  They were however very content and in love.

One exceptionally cold winter she developed a fatal lung disease and did not survive. Regneel was devastated. He however did not return to Nidelium after her passing and remained in the village.

About five years later, while hunting in the outskirts of the Waterfall forest close to his home, Regneel heard a rustle in the bushes. It was an unfamiliar sound and he proceeded to investigate. What he found shocked him. It was a young elf with strange blue hair, no more than three years old. The boy was clinging to a piece of blood stained cloth and was full of scratches and blood. He took the boy home and went searching for his parents, but all he could find was a burnt field filled with the cold still bodies of Elves. He decided to adopt the boy. He asked for his name and what the boy murmured sounded like Aaron. He was a wonderful father to Arthon (Aaron) and they lived together in the home that he and Milliana had built.

Four years later Regneel was tending to his vegetable garden when he heard loud voices and saw a white flash. He instinctively knew that there was magic at work and went to investigate. He noted a small bundle lying in the grass and when he lifted it he saw a baby girl covered in a royal blanket. He intuitively knew that this child was from the royal family and decided to take her home to hide her. When nobody came for her he started to investigate. It was rumoured that the kingdom had been attacked and that King Berengir, Lord Albereit and Lady Lilerian had been killed. The baby was wearing a locket around her neck that he had seen many years ago: it was worn by Lady Lilerian when she was a young maiden. He deduced that the baby was Princess Liliana and decided to conceal who she was. He named her Lilly.

Many years passed and they all lived in the village. Regneel kept a watchful eye over them both. Rumours reached the village of strange things happening to the East of the lands but nothing changed in the village. Everything was peaceful and Regneel had the family he had wanted. He never re-married and would often visit the grave of Miliana. 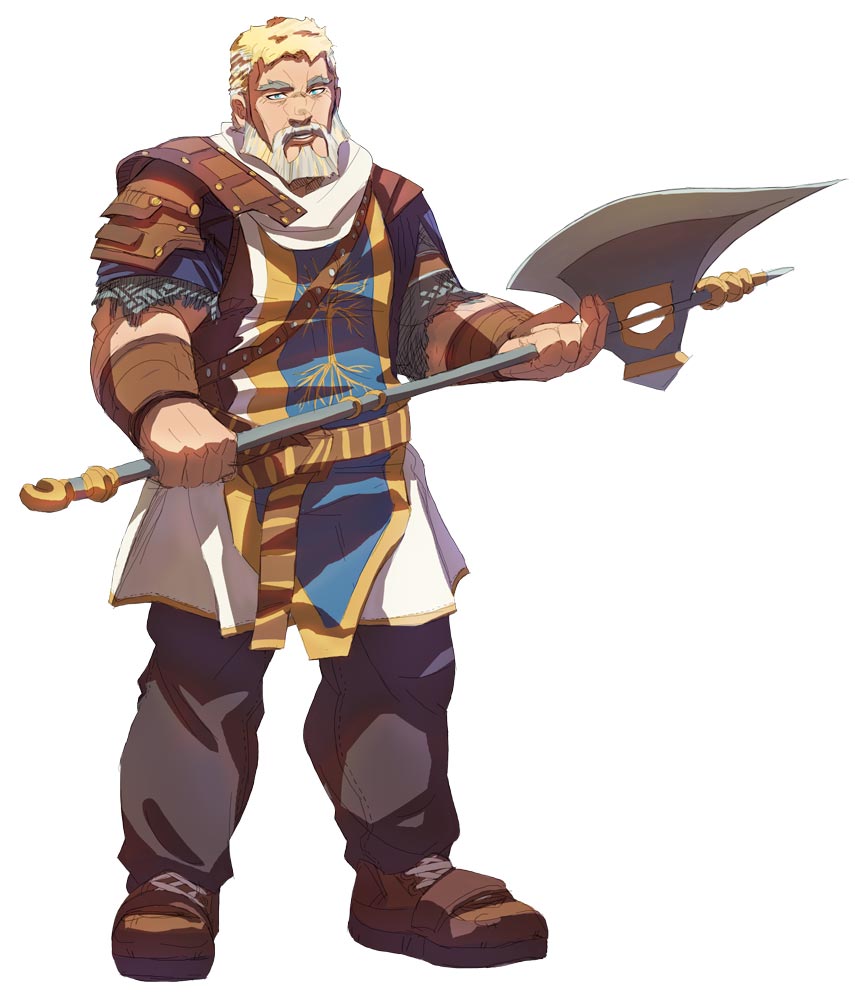