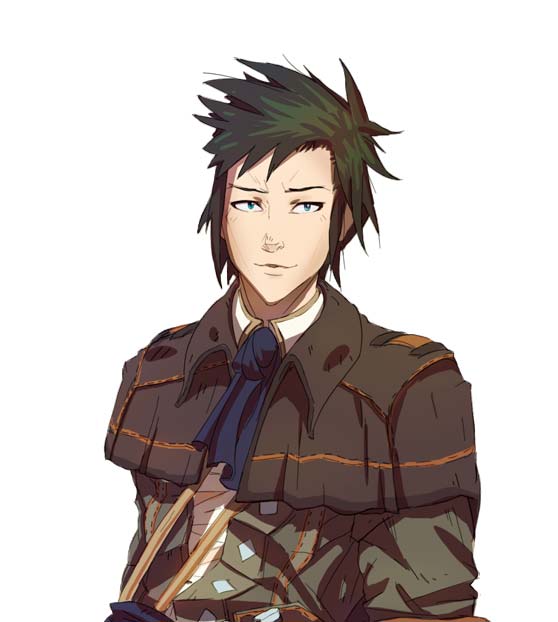 Gildas is a human and the leader of the resistance.

Gildas has short spiky black hair and green eyes. He is a tall man and is well built. He wears brown pants and carries his sword on his belt.

Gildas is mature and serious. He dislikes people who draw unnecessary attention to themselves or when they act childish. He tends to keep to himself when he is not needed. He is often seen staring into the distance and always seems deep in thought. He enjoys spending time with his friends and loves his aging mother deeply.

He is a master with a sword and axe. He became the leader of the resistance at a very young age and helped to bring the resistance into being. He knows the history of Nidelium intimately. He is a master at guerrilla warfare and have won many encounters with the demon troops sent by Lady McKayla.

Gildas comes from a long line of knights. His father served King Berengir and was a dear friend to Regneel. When he was about seven years old he was attending the birthday celebration of Lord Albeirts’ daughter. He was playing knights and ogres with friends acting as troops. They were winning the battle under his leadership. He suddenly spotted a bright flash emanating from the courtyard and rushed to see what was going on. What the young boy saw frightened him. A large hole was created in the middle of the courtyard and people were running for safety. He heard wails all around him and spotted creatures that he had never seen before. Their eyes were red and they moved very quickly. Some were climbing up walls, clinging to the stones with bare hands. His father called to him and he froze when a creature attacked with tremendous agility and ripped his father’s head off. There was blood everywhere. In a rage the young boy acted instinctively and reached for his sword. In one swift movement he killed the creature.  The creatures were too many and he ran to his mother’s side shivering uncontrollably. They fled into the woods, traumatized by the vicious encounter. The woods were wet as rain poured down. They went back to the castle when it had stopped raining and a scene of mangled bodies scattered over the courtyard greeted them. The wailing of grieving people was heart breaking. His mother instinctively tried to protect her son, who was still so young, by pulling him towards her – but Gildas aged in that moment and was no longer a boy – he pulled away. They retreated back into the woods where they built a shelter and remained for many years. It is here that he started the resistance movement, a band of ex-soldiers and farmers. 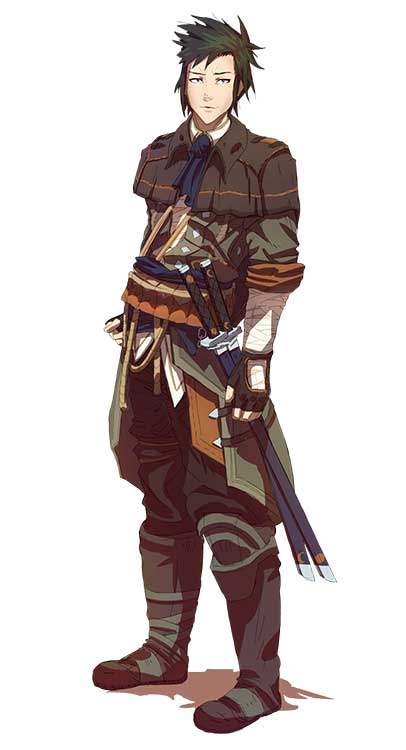