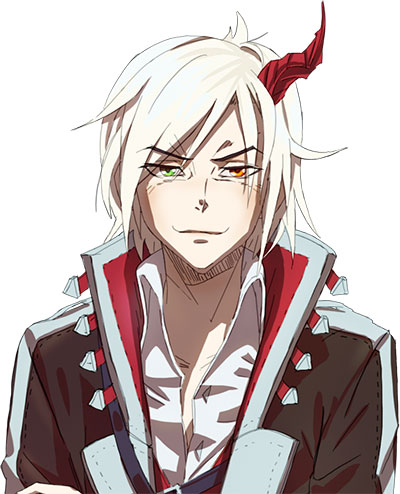 Belor is a half-human half-demon man who has both magical and demonic powers. He is the son of Lady Keelia and the Demon god Agathoel. He has two older half-brothers, Coireall and Hagan and an older half-sister, Meara.

Belor is of average height and is slender. He has milk white hair and has green grey eyes. He always wears a pair of black pants and a white collar shirt. He also wears a dark coat when not in his laboratory. He is a handsome young man and was voted the sexiest boy in school for 3 years in a row while attending high school. After he was sealed by the twelve his style changes completely: When fully recovered from his escape, which drained most of his power, he is seen wearing bandages over his upper body and his transparent facial cover is now a permanent accessory. His demonic eye activated and therefore he now has a green eye and a red eye.

Belor is a quiet and solitary person. His apathetic approach to all living things has made him live a secluded life. Even when surrounded by people, always those he can use to his benefit, he will always be and feel alone. He has a deep love towards his sister Meara.

We see Belor change from being an apathetic character to a character with advanced delusional schizophrenia.

While he was sealed by the twelve he had visions of Meara. Her death affected him adversely and she becomes alive in his thoughts and his delusion becomes his reality. Her affections for him was his one truth and he finds that his focus on his mother wanes. He changes his attention to Meara who incites him to bring her back. His hatred towards his step-father and step-brothers causes him to display involuntary narcissistic rage towards others. He could never be like his older brothers, the son that his “father” wanted. His biological father never claimed him and his mother left him.

Belor is a genius who displays exceptional intellectual ability and originality.  He enjoys observing and often conduct experiments in uncontrolled environments to test his theories. He is a master with a katana and spends hours training and meditating. He has an ability to call upon dark matter to aid him in his magic spells. He developed a skill that can force fragile minds to do as he wishes and he can read thoughts. He enjoys playing chess with himself to test his own wits and is sometimes seen with a glass of red wine while reading.

His mother passed during child birth and his stepfather, who was believed to be his biological father, sent him to one of his secluded manors. His stepfather, Balfour – the king of the outer realm, did not allow anyone any contact with Belor. The only companionship the young boy had was the staff at the manor and a tutor. During this time Belor became infatuated with the human soul. He believed that if one could find a way to return a soul to a body that he could bring back his mother.

His older sister, Meara, disobeyed her father and went to visit Belor. She felt pity towards her brother, whom she thought their father had abandoned for no reason, and they formed a strong bond. Belor was very fond of her and they would spend time together whenever they could.

When he was old enough, his father insisted that he attend high school to keep up appearances. His mother left him with a small fortune when she died. He drew from this to build a hidden laboratory close to the school grounds, below the private residence that he had built. He would spend hours on end conducting all sorts of inhumane experiments on live subjects, both human and non-human. He was obsessed in his quest to find the secret of the workings of the human soul.

One day he stumbled upon Meara lying in a corridor of his laboratory: she had been killed by one of his soulless experiments. Belor saw the creature standing next to her and his demonic side took over. Seeing her bloodied lifeless body was more than he could bare.  He went into a rage of blind fury and attacked the creature with his bare hands. He did not stop hitting it until everything around him was covered in blood. He ripped the creature into pieces. When he snapped out of his rage he cried for the first and last time in his life and made a vow that he would return both his mother and sister to him.

Balfour found out about his experiments and was furious. He confronted Belor and told Belor that he was not his son, that his mother had betrayed him and that his biological father was the Demon god Agathoel. Belor then killed Balfour.

Coireall and Hagan sought the advice of the underworld and received an incantation from a witch. She did not have the power to kill Belor, but she gave them an object and instructed them to seal Belors’ essence inside. They confronted their half-brother and during the confrontation Belor was sealed inside the object. He was then expelled from their realm and landed in Nidelium.

The object was retrieved and taken to King Berengir’s castle. The wizard Pryderial could not understand the wording written on the golden band surrounding the object and cast a barrier spell to keep the evil that he felt inside at bay.

That night a thief with a weak soul tried to steal from the wizard. Belor used his darkness to enslave the thief. The thief took the object and jumped from a window. When he landed he was killed and the object broke and the spell that sealed Belor inside was torn off. Belor was free.

He searched through the lands of Nidelium and found a place to the East where he set up a lab and continued with his experiments.

During the birthday celebration of Princess Lilliana he announced himself to the kings’ court where he proceeded to kill King Berengir and fatally injure his son Albeirt. Pryderial cast an incomplete spell and Belor and the Twelve was sent to an alternate realm, the space where this world and his world shares time.

In this place Belor is left with his thoughts and goes from being an apathetic character to one with advanced delusionary schizophrenia with involuntary narcissistic rage. The time spent in the realm drives him crazy. After many years in isolation in this limitless place he finally broke free, his demon eye now fully awake. He sees Lilliana but is too weak from his escape to harm her. By nature he once again retreats to his laboratory – together with his delusion of his sister which has now become his reality. 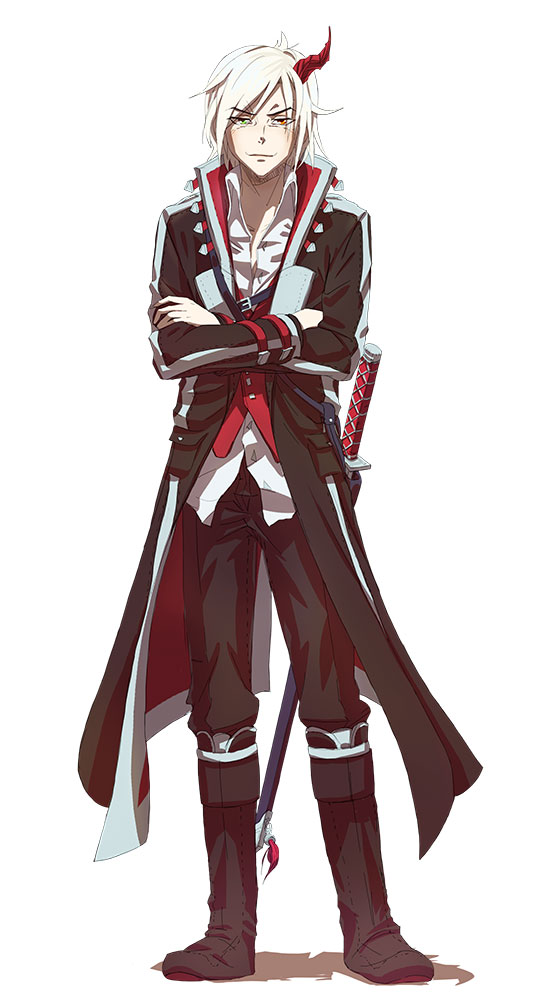