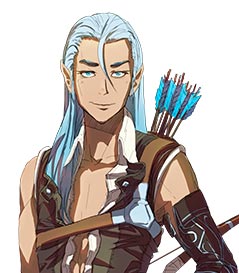 Arthon (Aaron) is a male from elvish decent and lives in the unnamed fisherman’s village to the West of Nidelium.

Arthon (Aaron) is a tall young man. He has blue eyes and white straight hair with a blueish tint that is not common amongst elves. (The blue tint comes from his mother’s side as she is a fairy). Regneel estimated his age as 3 when he found him in the woods as a young boy, but this was just a guess and his true age is therefore unknown. He always carries his bow with him and his quiver filled with arrows on his back.

Arthon did not grow up with elves and was raised by a human named Regneel. Although he was raised by a human he had inherent elfish traits that manifested as he grew up. Arthon has a great respect for all animals and enjoys spending time in the woods. He loves his sister deeply and cares for the man who raised him. He enjoys teasing his sister. He has many books on elfish lore and old scrolls that he reads whenever he has a chance. He is a vegetarian. He is a bit too impulsive at times.

Arthon (Aaron) is an excellent bowman and is very quick and nimble. He can see very well at night.

Arthon (Aaron) is an elvish prince.

He was born into a caring family with two loving parents. He spent the first couple of years of his life living in their home in the forest. An invitation was sent to them by King Berengir to attend the birthday celebration of his grandson, Destin, which his parents accepted. On their way they were attacked by a Fire Dragon who took ownership of the caves close to their home a couple of nights after a mysterious object fell from above. A roar was heard through the silence of the night and the Fire Dragon descended from above and landed beside Lord Eruant, flames pouring from its mouth. The elves were not prepared and Lord Eruant jumped from his white horse and gave instructions to flee to safety. Arthon (Aaron) ran into the woods and his elven cloak got stuck to a tree branch. He wiggled his way out and kept on running, leaves and bushes scratching him as he went. He heard the sounds of elves screaming and the roar of the dragon. The night sky was alight with flames. He was afraid. Arthon (Aaron) kept on running until he could run no more. He hid in a bush and was found by a human named Regneel. Arthon was scared but the calm in the man’s eyes assured him of his good intentions. He did not understand what the man was saying but thought he asked his name, which he gave. Regneel misinterpreted it as Aaron but the boy did not mind. Arthon (Aaron) quickly learnt the langue of the village where he was staying and understood, from what Regneel told him, that his parents were killed. Regneel adopted him.

On a rainy day he was reading a book by the fireplace when Regneel entered with a small bundle. He could read from his posture and facial expression that something had shaken the man. He asked what was in the bundle of cloth and Regneel said that it was his sister, and that she was an orphan, same as him. He asked him to always protect her. He knew that there was more but did not ask. He accepted her as his sister and they spent many happy days together. They would often sneak off into the woods to go and see if they can find any clues as to where he came from. They spent many years in search of his heritage. 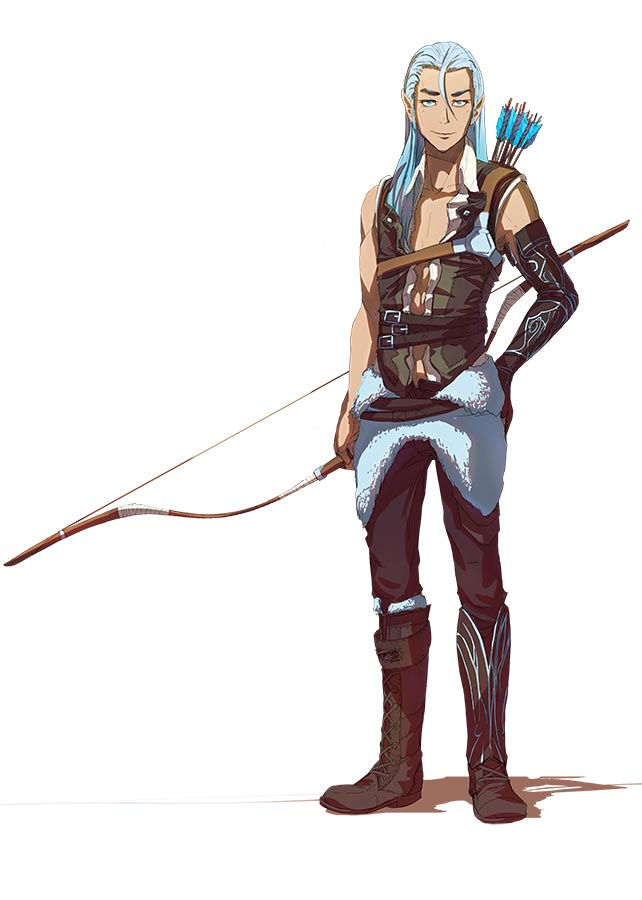